Written and directed by iván castell 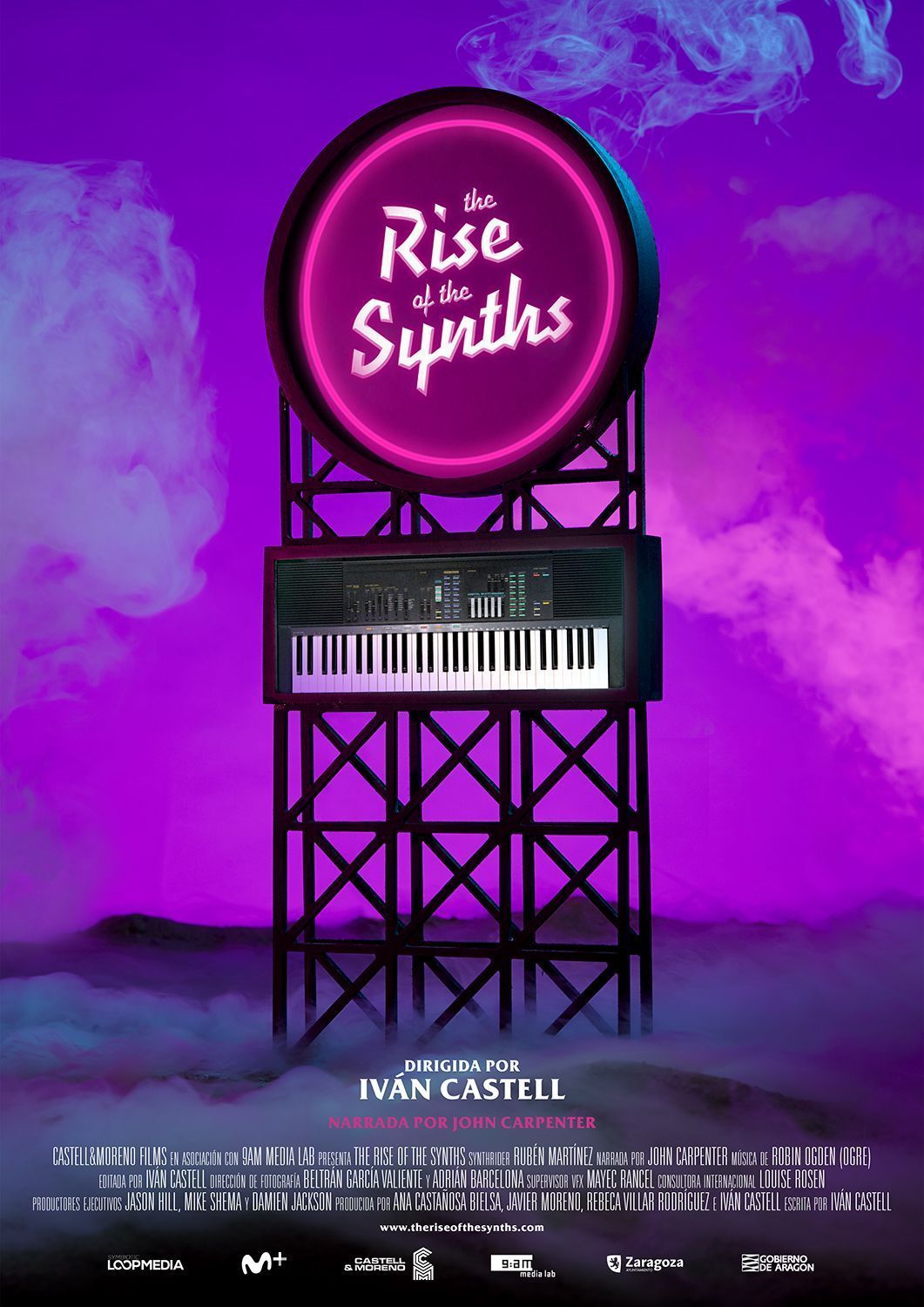 “Will delight music lovers and fans of

synthesizers and the 80s…”

“A narrative and audiovisual achievement…

“A stylish and nostalgic celebration of a truly

“A fascinating, witty trip through time”

“Hits all the right notes”

“Too awesome to overlook”

LOCKDOWN GOT YOU DOWN AND LONGING FOR SIMPLER TIMES? DON’T MISS YOUR CHANCE TO GO BACK AND ENJOY EVERYTHING THAT WAS GREAT ABOUT THE 80S AND CELEBRATE THE WONDERFUL WORLD OF SYNTHWAVE.

Narrated by iconic director John Carpenter, The Rise Of The Synths travelled to 9 countries to interview the scene’s biggest stars and original trailblazers. The film explores the roots of the now breakout Synthwave scene, charting its humble online and underground beginnings to itsimpact on today’s pop culture.

So what is Synthwave? An irresistible blend of nostalgia and music; of creative processes and cultural references; of reappropriation and legitimate creation. More than a random revival, Synthwave has become a celebration of shared memories, with an ever-evolving sound now emerging as a chart topping worldwide retro cultural phenomenon.

WHAT THEY SAY ABOUT
THE RISE OF THE SYNTHS

“A delicious piece of nostalgia”

“What a beautiful love letter to Synthwave”

“80s Stallone though. Stole the show”

“Wow, what a gorgeous documentary”

“This has made me relive my childhood”

“You can’t miss this. Visually wild”

TOur website uses its own and third party cookies to manage the portal, collect information on the use of the portal, improve our services and show you advertising related to your preferences by analysing your browsing. You can click on ACCEPT to allow the use of cookies or Reject otherwise.Cookie Policy, click on the link for more information. ACEPTAR